skip to main | skip to sidebar

Getting Political in the Pulpit

Though I've been posting content online lately, its mostly been trying to get my new church's facebook page and blog going (along with trying to help update the website).  Shameless plugs:


Website           Facebook Page                Blog
Four weeks in, I'd like to report that things are going fairly well and I am getting settled in.  As you know, both faith and politics play critical roles in my life.  I believe one affects the other, although I try to claim that faith ways more heavily in the balance, I know there are times this isn't true.  I also believe the church has to be relevant and must address the critical issues of the day.  When the Shirley Sheppard saga was unfolding, I thought it was a wonderful example of how people can grow and can change their minds.  Thus, I paired it with the lectionary scriptures from Genesis and Luke that I believe imply that God's mind can be changed also.
The sermon was received fairly well, but I did have one person comment that I need to be careful about mixing politics with the pulpit.  Now, I do intend to be very conscious of this.  I do think we need to address issues like poverty and immigration from the pulpit, but we have to care not to be overtly partisan.  (In some ways, I know that is almost impossible.  How can you advocate for immigration reform without being partisan when one party appears to clearly object to any kind of comprehensive reform?!?)
That being said, I don't intend to shy away from contemporary issues.  But, I do hope to be self-aware.  If you have a few minutes, I hope you might read my sermon from Sunday to see if you felt it was as even handed as I thought it was.  I welcome your comments and critiques!
"If God's mind can change, why can't ours?"

Posted by Jared Littleton at 9:41 AM 0 comments

Posted by Jared Littleton at 10:28 AM 1 comments

Why aren't you afraid of the slippery slopes? 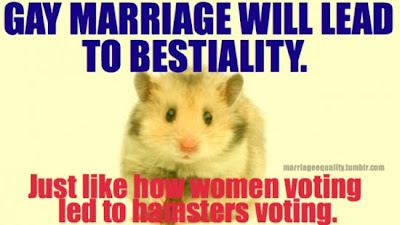 Posted by Jared Littleton at 10:27 AM 0 comments

Whether or not it should be first on the progressive agenda, it looks like what is next on the Democratic agenda is Wall Street reform:

Health care's done. Members of Congress are home, or will be soon, and will spend the next two weeks talking to their constituents about the monumental law they just passed. But when Democrats return to Washington they'll have to balance their health care sales job with a completely different, and long-brewing initiative: financial regulatory reform...

Getting upset when other people get help

The chattering classes in Washington seem to indicate that the Obama administration will be implementing a new foreclosure prevention program that actually seeks to reduce the outstanding principal on mortgages that are currently upside down (owe more than they are worth).

We all know that the country is in a housing crisis. Every time a house is foreclosed upon, not only is one family displaced, but it reduces the value of every other home in the neighborhood, increases the likelihood for crime, and reduces the tax base for the city in which they formerly lived. Even so, I was not surprised to see the following reaction:

A few months ago, the principal on my mortgage was comfortably more than the place was worth, and my low income was in decline. So I did the responsible thing, cut my expenses back to the bone, and raised and moved whatever money I could to cover it, and to try to pay it down. I wanted to deal with the fact that I was upside down on the mortgage and dangerously exposed to future rate increases; most of all, I wanted simply to reduce my monthly payments.

Why did I bother?

If I had not been so responsible, Obama’s plan (I still cannot quite believe it) would have given me (via my bank) YOUR money, humble tax-payer, as a gift to reduce my mortgage, and I would have gained to the tune of many thousands of dollars.

However, because I did the responsible thing, MY tax money will be going to help those who were in exactly the same situation as I, but weren’t responsible enough to live within their means and meet their obligations, perhaps because they bought a bigger car than they needed, were paying interest on credit cards they shouldn’t have been using, or whatever…

How dare the government do this? How dare they? This isn’t capitalism. It isn’t even communism. It is some upside down, messed-up mediocracy.

At one level, I'm quite sympathetic to this blogger. She (he?) does appear to have tried to act responsibly and as such may not receive the direct benefit of those who have not been able to take the same actions as her. While she assumes that all had the ability to make these same decisions (I'm not sure how an unemployed person could have raised their mortgage payment), lets run with her assumption for the moment. What if irresponsibility is being rewarded here?

From an economic standpoint, this may well be problematic. The administration is at some level providing a disincentive for responsible decision-making. However, I think an economic case can be made for proceeding anyway due to the harm it causes to those who live around the potentially foreclosed home.

However, it is from a theological perspective where this really gets murky. There is no doubt that much of the Bible operates from an action-reward ethic. The prophets, whose texts I do love dearly, clearly indicate that God is punishing Israel (or one of the nations) because of the actions they have taken. Thus, any punishment they receive is God's just reward.

However, Jesus presents a different perspective- one many of us might call Kingdom Economics:

‘For the kingdom of heaven is like a landowner who went out early in the morning to hire labourers for his vineyard. After agreeing with the labourers for the usual daily wage, he sent them into his vineyard. When he went out about nine o’clock, he saw others standing idle in the market-place; and he said to them, “You also go into the vineyard, and I will pay you whatever is right.” So they went. When he went out again about noon and about three o’clock, he did the same. And about five o’clock he went out and found others standing around; and he said to them, “Why are you standing here idle all day?” They said to him, “Because no one has hired us.” He said to them, “You also go into the vineyard.” When evening came, the owner of the vineyard said to his manager, “Call the labourers and give them their pay, beginning with the last and then going to the first.” When those hired about five o’clock came, each of them received the usual daily wage. Now when the first came, they thought they would receive more; but each of them also received the usual daily wage. And when they received it, they grumbled against the landowner, saying, “These last worked only one hour, and you have made them equal to us who have borne the burden of the day and the scorching heat.” But he replied to one of them, “Friend, I am doing you no wrong; did you not agree with me for the usual daily wage? Take what belongs to you and go; I choose to give to this last the same as I give to you. Am I not allowed to do what I choose with what belongs to me? Or are you envious because I am generous?” So the last will be first, and the first will be last.’

By any contemporary measure, the landowner is not treating his workers fairly. Those who worked all day certainly would seem to have a reason to gripe. But Jesus tells us that the kingdom of God works differently. Indeed, it is an economy based on grace and not worth. Thus, God freely gives to those who may not "deserve it."

So why continue to honor God? Why seek to follow God's ways if there isn't a reward in it for us? It is because we recognize that we are made in God's image. We know that there is no one else that we would choose to follow. We honor and obey God not because of the reward, but because we trust that in so doing we might be just this much closer to bringing about the kingdom of God here and now.

I don't claim that the government should make all economic decisions based on my theology. But I do claim that we as Christians should celebrate, rather than be resentful, when we see God's grace lived out in the world. It may not be fair. It may not even seem logical at times. But I'm content to trust that the God who created all knew what s/he was doing. Thank God it's not up to me.

Posted by Jared Littleton at 10:16 AM 0 comments

Ok, I want to start with the necessary caveat that nothing is over till it is over and that health care reform still needs attention. Furthermore, this certainly isn't the last step to a perfect system and it will have to be tweaked in the future.

That being said, I had an interesting conversation online today regarding what progressives should focus on next. He thought immigration reform; my sense was climate change. But I can admit that it wasn't too well thought out. So, my progressive sisters and brothers, what is next?

Let's set some ground rules-
1. It has to be something that can legitimately be accomplished before November. Thus, I'm not sure something like eliminate the death penalty counts.
2. It must be politically pragmatic to do. This is kind of like the last, but let's be honest, as we get close to an election politicians are far less likely to take major risks.
3. As always, our need to tackle it has got to come out of our faith somewhere.

So, what do you think it should be?

Jared Littleton
I am a newly commissioned elder in the East Ohio Conference and the pastor of Independence United Methodist Church.